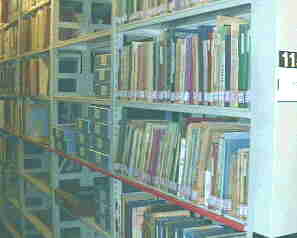 [FY 1983 Special Collection]
This collection contains works of Russian literature as well as valuable documents for studying broader themes of Soviet culture and socio-political history. In addition to publications from the end of the 19th century to the early 20th century constituting a background to Russian emigre literature, it also includes works by authors who have begun attracting attention only recently.

Since the Russian Revolution in 1917, Russian literature has conventionally been divided into Soviet and emigre schools, with little attention paid to the mutual influence of the two genres until recently. Moreover, research in the field has been hampered by a lack of materials and the difficulty involved in locating copies of such publications. This is often the case even with the works of renowned authors, let alone those of little-known ones.

This collection was systematically assembled over the course of many years with the objective of eliminating such obstacles to research. It contains a variety of publications that are missing from university and national libraries in Japan as well as in Western countries. The inclusion of works by authors who have attracted attention over the past decade, rather than only those of renowned writers, is also one of the major characteristics of the collection. Furthermore, works by a number of authors published overseas between the end of the 19th century and the early 20th century are also included, since the period serves as part of the background to the history of Russian emigre literature. Most of these items have not been reprinted since their original publication. Among others, those written by Arnoldi and Bervi-Flerovsky are worthy of special note. 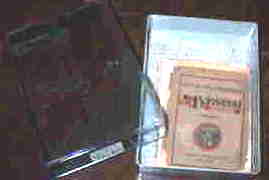 A considerable number of books in this collection come from the private libraries of renowned bibliophiles such as A.N. Benua, M.E. Zernov, P. Miliukov, S. Ernst, L.A. Grinberg, A. Popov, A.P. Struve, N. Valiev, as well as from those of publishers and literary/art critics. Numerous writers and their works during and after World War II had a great influence on Soviet literature, but we can safely say that no bibliographies published in the USSR in and after 1917 are comprehensive enough to be of much use in research. In this regard, the works contained here are invaluable. A simple look at some of the titles included, such as those by B. Savinkov, A. A. Dikgof-Derental, M. P. Artsybashev and A. Kamensky, confirms the importance of the collection.

Furthermore, comparative studies on the same works by the same writers between their Soviet and Western editions reveal dramatic differences. Several works by renowned authors, such as Aleksey Tolstoy and Ilya Ehrenburg, were not published as Soviet versions; of those that were published, many are shorter than their originals as a result of censorship. As much as one third of Paris or Berlin editions were deleted in some cases.

Many books in this collection contain handwritten comments made by their previous owners, which also add to their interest.

It is therefore clear that this collection is extremely important for the study of Russian literature as a whole. Furthermore, it can even be said that its intrinsic value makes it an irreplaceable resource of Soviet materials for research into Soviet culture and socio-political history from a broader perspective.