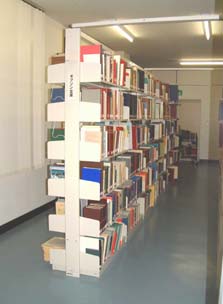 [FY 1999 Special Collection]
This library, built by distinguished Canadian historical geographer James R. Gibson, is rich in resources related to Russian geography, ethnology and history. Consisting of some 2,500 items, chiefly written in Russian or English, the collection has three main characteristics. First of all, it is a private, lifetime library of a well-learned geographer (currently a professor emeritus at York University, Ontario, Canada). Prof. Gibson, who majored in USSR/Russian geography, comprehensively collected literature over as wide an area as possible, encompassing a range of fields including the historical geography of Russia, USSR geography, Russian history, USSR/Russian anthropology and archaeology, Siberian history, research on Russian America, and the atlases of the USSR, Russia and Commonwealth of Independent States (CIS) nations. The second characteristic is that there we can find many books published in the West and English translations of Russian/German originals and many Russian publications issued in places other than Moscow and Leningrad/St. Petersburg (obtaining such provincial publications was not so easy in the USSR; the same also applies today, although for different reasons). The third characteristic is the inclusion of an enormously comprehensive collection of materials concerning current Alaska and the western coast of the U.S. that were once under the rule of the Russian Empire (Russian America). Prof. Gibson is a world authority in this field, and served as a researcher at the Slavic Research Center in FY 1981.

About the James R. Gibson Collection

Hokkaido University Library purchased the literary collection of James R. Gibson, a Canadian historical geographer and professor emeritus at York University, and recently I had an opportunity to look at the collection while librarians were cataloguing it. Walking along the shelves and taking the books in my hands, I felt pleased and relieved to some extent as one of those involved in making the recommendation to acquire it.

Hokkaido University – and particularly Hokkaido University Library’s Northern Studies Collection and the Institute for the Study of North Eurasian Culture that existed in the Faculty of Letters until 1995 – has accumulated a considerable stock of materials concerning North Asia. As for Russian history, the Slavic Research Center and the Faculty of Letters play a central role in collecting books, and Hokkaido University Library holds several important collections of related materials. Relatively speaking, therefore, this advanced research environment is one of the nation’s finest in terms of literary support.

When existing collections are more comprehensive, those of libraries with similar themes (particularly with researchers who have worked actively until recently) tend to have more overlap of materials between existing and newly acquired collections.

As far as Gibson’s collection is concerned, however, although some amount of overlap is inevitable, the percentage of duplicate materials is relatively small. Rather, the library is considered to provide important books that are missing from existing collections and to draw further attention to the characteristics of the university’s current resources.

The collection has a total of 2,544 items, which can be broken down into the following eight categories:

A Russian translation of notes by Isaac Massa, a Dutch national who frequently visited Russia in the first half of the 17th century. The Gibson Collection contains many records made by foreigners, providing an important insight for studies on Russian history from the 16th to the 17th centuries. 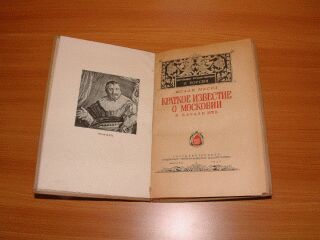 Among these items, perhaps the most striking is the section on Russian America. It is well known that Alaska was once a part of Russia, which sold it to the U.S. for 7.2 million dollars in 1867. After conquering Siberia, Russia had acquired territories as far afield as the Pacific Coast by the middle of the 17th century; in the 18th century, the nation advanced to Alaska and the American west coast en route to the Aleutian Islands, engaging primarily in fur collecting and trade. In the 19th century, Russia, Britain, Spain and the U.S. competed with one another to advance to the west coast of America, which was located beyond a frontier from an American point of view in those days. Among these countries, Russia had problems managing its colonies and became unable to continue fur collecting – the nation’s main industry. It gave up California among other places in the 1840s and ultimately had no other choice but to retreat from North America. Despite the significance of Russian America in the histories of both countries, insufficient resources have been available for studies in this field, being limited to materials accumulated only at Nagoya University’s Library of Informatics and Languages and Kyushu University Library. Hokkaido University has conventionally gathered related materials primarily as part of its library’s Northern Studies Collection, and the addition of the Gibson Collection is expected to significantly improve this situation.

On the whole, the rest of the collection (from Part 2 to Part 7) in terms of numbers occupies a far greater proportion of the whole than Part 1. Overall, the systematic composition of the library indicates Prof. Gibson's focus on finding the accurate positioning of Alaska and Siberia in the perspective of Russian history. His collection is rich in content to the extent that it contains many major historical source materials, travel books, expedition notes and geographical/historical research records about these regions published over the past half century. Documents concerning Russian/USSR areas other than Siberia are also prominent. The regions covered by the documents include not only Central Asia (next to Siberia), the Urals and the Volga Federal District, but also the Caucasus, the Ukraine, Novgorod and the Baltic states. Temporally speaking, the collection spans the period from ancient or medieval Russia to the present day. It is a precious resource in that it includes basic documents on each period and contains many must-read books for people studying in these individual fields.

Hokkaido University already has a considerable number of books concerning Russia and Siberia, including those kept at the Slavic Research Center, Hokkaido University Library’s Northern Studies Collection and the Faculty of Letters. Although the Gibson Collection inevitably overlaps with them to some extent, it also covers significant omissions in the existing collections. These supplementary effects are considered particularly relevant in areas other than that of history.

Rather than representing a special selection of rare books, the Gibson Collection contains many reprint versions. A significant number of these were published more than half a century ago, making them hard to come by today.

By way of example, “A Description of All the Peoples inhabiting the Russian State, as well as Their Daily Rituals, Beliefs, Customs, Clothing, Dwellings and Other Characteristics” (Opisanie vsekh v rossiiskom gosudarstve obitaiushchikh narodov, takzhe ikh zhiteiskikh obriadov, ver, obyknovenii, zhilishch, odezhd i prochikh dostopamiatnostei) 3 v. (Sankt-Peterburg, 1776) by Johann Gottlieb Georgi (1729 – 1802), an 18th-century Russian academician, is a basic historical resource concerning the history of people in Russia, but I am unaware of any other library housing it in Japan. Hokkaido University Library has microfiches of its German edition, and now has the Russian original thanks to the Gibson Collection.

Other 18th-century publications newly acquired by Hokkaido University include travel records by Ivan Lepekhin (1740 – 1802) (Dnevnyia zapiski puteshestviia doktora i ad"iunkta Ivana Lepekhina po raznym provintsiiam rossiiskago gosudarstva 1768 i 1769 godu (2nd ed. Sankt-Peterburg, 1795) and Prodolzhenie dnevnykh zapisok puteshestviia akademika i meditsiny doktora Ivana Lepekhina po raznym provintsiiam rossiiskago gosudarstva 1770 godu (1st ed. Sankt-Petersburg, 1772)). Lepekhina was a botanist who studied medicine in Strasbourg, joined the Russian Academy of Sciences after returning home and became an academician in 1771. In the meantime, he joined an expeditionary party headed by his colleague Pallas from 1768 to 1772 and organized an expeditionary party on his own to visit various places in Russia. His reports are highly evaluated in terms of both natural history and ethnography.

The Gibson Collection also contains records of expeditions by Pyotr Simon Pallas (1741 – 1811) (Puteshestvie po raznym provintsiiam Rossiiskoi Imperii, Vol. 1 – Vol. 3) (Sankt-Peterburg, 1786 – 1809). Pallas was well known as a leading botanist at the Russian Academy of Sciences, and there is a critical biography about him written by Saburo Nishimura (Michi no Seibutsu o motomete, published by Heibonsha Shizen Sosho; 1, 1987). According to the National Institute of Informatics (NII)’s Union Catalogue, a French translation is available at two locations in Japan (Hitotsubashi University Library and Hokkaido University Library), and the original is available only here at the Hokkaido University Library.

There are many examples of rare books like these in the Gibson Collection, but in my opinion, its chief value lies elsewhere.

People with an interest in the history or geography of Russian America, Siberia or Russia will be surprised at the existence or availability of books like these when they see the collection. I am confident that it represents a treasure trove of historical materials that are indispensable for research and will remain useful as a forum for intellectual stimulus to many people in the years and decades to come.

Prof. Gibson’s position as a researcher at the Slavic Research Center from 1981 to 1982 provided him with many fond memories of Hokkaido University and Sapporo. Ties between people are a valuable intangible asset, and I am pleased that such ties have borne fruit in the form of the acquisition of his private library to be kept in a permanent location.